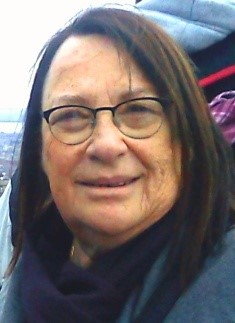 Born in Marseille, Francine Coen is of Alsatian origin, and a certified German teacher.

She was able to measure the importance of BBE at a very young age; this is why, wishing to get involved in community life, she chose to be initiated in 1991 in the Emile Zola lodge in Marseille.

Serge Dahan entrusted her with the relations with the lodges in Eastern Europe. She is in charge of the Slovakian lodges, the lodges of Zagreb, Bucharest, Budapest, Warsaw and Prague. It is indeed a question of federating lodges that are far from each other and sometimes different in their functioning and their aspirations around our common values.

In the same spirit she is at the origin of twinning the Emile Zola Lodge with the Gamzon Lodge in Jerusalem, the Henri Dunan Lodge in Geneva and the Concordia Lodge in Kosice in Slovakia.

Given her Achkenazi origins and the disappearance of her family during the Holocaust, She has been involved in the work of remembrance within various associations in Marseille and Paris. And of course in B’nai B’rith Europe and B’nai B’rith France.  Militant at heart, the motto of B’nai B’rith corresponds to her ideals and aspirations.