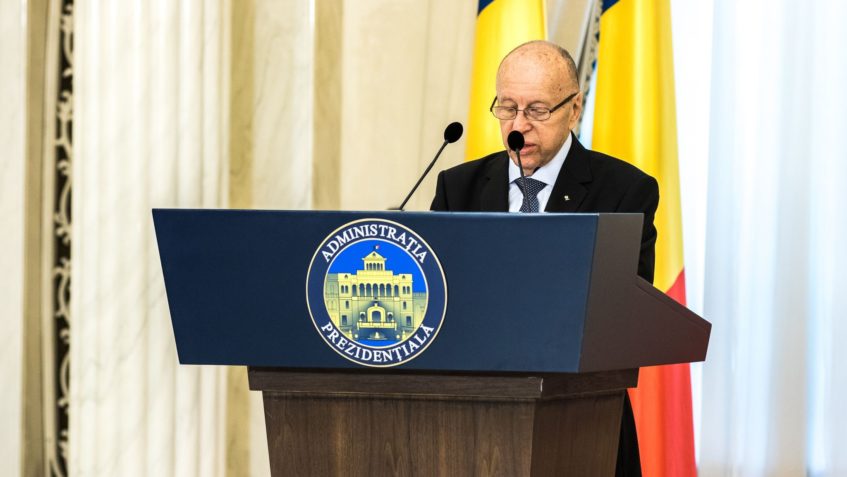 The President of B’nai B’rith Romania considers that the distinction he received is an honor offered to B’nai B’rith. President Klaus Johannis awarded to Mr. Jose Iacobescu the National Order “Faithful Service”, Knight Rank, in appreciation for his personal contribution as coordinator in Romania of the “Bridges of Tolerance” European Project (2013-2019). Other distinctions include the Prize for contribution to the development of economic cooperation between Romania and Israel, awarded by the Romanian Embassy in Israel in 1996, Honorary Member of the Chamber of Commerce and Industry of Romania, Bearer of the Gold Badge and many more.

Jose Iacobescu was born in 1932 in Bucharest, in a family of Jewish professionals. He had a difficult childhood characterized by material shortages, isolation and emotional hardship related to the difficulties suffered by his parents.

Following the completion of high-school studies, Jose Iacobescu graduated from the Technical School of Chemistry and subsequently pursued university studies in automobile engineering at a Military university. Afterwards, his professional life was focused on automotive manufacturing.

At the conclusion of  Convention in Madrid, B’nai B’rith Europe decided that the following year Convention in May 2008, be held in Bucharest. The organizing of this Convention in Bucharest and the arrival in Romania of personalities from 30 European countries represented not only a major event, but also the consolidation of Romania’s position on a European and international level.