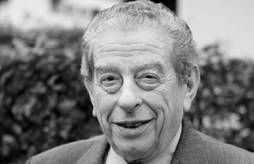 Bent Melchior was President of the BBE Continental from 1993 to 1999. Descended from six generations of rabbis who have lived in Denmark for almost three centuries, when his father Marcus Melchior died in 1969, he naturally succeeded him as Chief Rabbi of Denmark. He was born in 1929, the same year as Anne Frank, as he liked to recall.

Like most Danish Jews, he was able to survive thanks to the heroic behavior of his fellow Danish Christians. This is how he forged his philosophy of life: “I survived the Holocaust. You can’t imagine how much I appreciate every day”. After the end of the war, he joined the Haganah, the defense army of the young Jewish state, and participated in the guerrilla war of independence. He then returned to Denmark, where he continued to be active in Zionist organizations, becoming Rabbi of Copenhagen in 1963, then Chief Rabbi of Denmark in 1969.

His commitment to good causes went beyond the limits of the Jewish community as he was involved in many humanitarian causes and against Apartheid in South Africa, against the intervention of America in Vietnam, and against the dictatorship in Argentina. He was also chaired in the Danish Committee for Bosnia and was a member of the executive of the National Council for Refugees. Afterwards, he was particularly prominent in helping Soviet Jews in the 1980s as a member of the World Conference for Jews in the USSR: “I was an upside-down refusenik. The Soviet authorities refused to give me an entry visa for fear I would bring about revolution” (he stated in L’Arche, 1998).

After the fall of the Berlin Wall, he became involved in the reconstruction of Jewish communities freed from the communists. He mobilized, in particular, the Scandinavian lodges. Thus, in February 1990, the first Conference on Jewish Communities in the Baltic States was held in Tallinn, thanks to the efforts of Bent Melchior. The Stockholm Lodge offered a school bus to the Jewish community in Vilnius.

Once he was elected BBE Continental president, he encouraged the actions led by some lodges in the West, which wanted to twin with others in the East.

On the 28th of July 2021, the world lost one of the greatest humanists out there. Rabbi Bent Melchior’s memory will forever be cherished and will be a blessing.