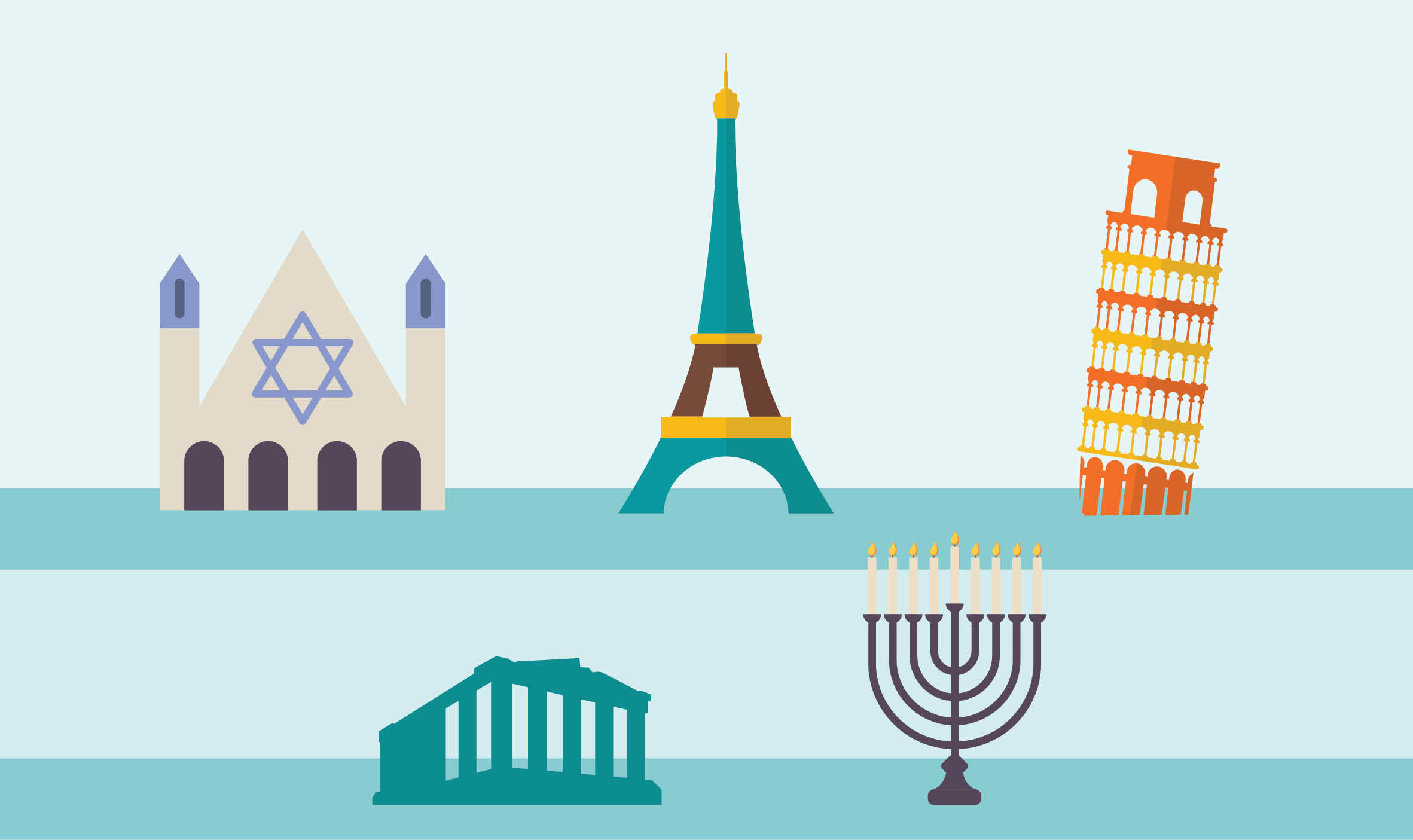 Launched on 1st February 2020, NOA – Networks Overcoming Antisemitism, offers a pioneering approach to tackle the problem of rising antisemitism in Europe. With its unique partnership of major Jewish networks, it will evaluate EU Member States’ policies across areas, from education to culture and security, and help them to develop holistic national action plans to address and prevent antisemitism.

The project involves a consortium with five other European Jewish organizations – CEJI (A Jewish Contribution to an Inclusive Europe), WJC (World Jewish Congress), AEPJ (The European Association for the Preservation and Promotion of Jewish Culture and Heritage), EUJS (European Union of Jewish Students) and EUPJ (European Union for Progressive Judaism).

An online hub of good practices and resources, to be published on http://noa-project.eu/ later this year, will support Member States in the implementation of their action plans. Accompanied by various social, cultural and educational activities across the EU, the project outputs will be further multiplied via the partnership and their networks.

The second NOA Overcoming Antisemitism Train-the-Trainer seminar will take place in June 2022, in Brussels and will be a French edition.

These new trainers, spread across Europe, will be equipped to collectively reach 1,000 people during the NOA project and will remain a long-term anti-bias resource. The training and manual are based on the two-time award-winning Belieforama project, which focuses on educational approaches to changing stereotypical attitudes and discriminatory behaviors to create inclusive and equitable environments.

!Registration till the 16th of May!

Find more about it here: https://www.noa-project.eu/la-formation-des-formateurs/ 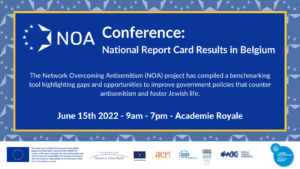 The NOA National Conference is coming up on the 15th of June. It will be a day of exchange on the results, lessons, measures and experiences in addressing, preventing and fighting antisemitism in Belgium, based on the findings of the NOA Report Cards research.  The event will highlight the strengths to build upon, acknowledge weaknesses for further action, present the articulated objectives resulting from the process, and will provide visibility to good practices identified. The participants will include Belgian policy-makers and policy-influencers from different fields.