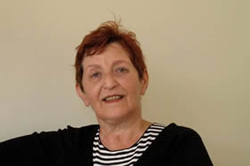 Erika was the president of B’nai B’rith Europe during the years of 2014 and 2015 and she knew  that becoming president would give her more strength for her social activities . To be able to become the president she first became Vice President of her Lodge, that of Amsterdam.

One of her major projects was “Bridges of Tolerance” and was a great success. former president of B’nai B’rith Europe (2005-2008), Reinold Somon, honored her in her own Lodge in Amsterdam, with the “Jacob Van Hasselt” award. This award was given to a person with exceptional human and social skills.

Moreover, Reinold Simon, together with two other former presidents, Bent Melchior, Joe Domberger, decided to apply for her knighthood by the Queen of the Netherlands and she was awarded “Orde van Oranje Nassau”, a civil and military Dutch order of chivalry founded by the Queen regent Emma, acting on behalf of her under-aged daughter Queen Wilhelmina. The order is a chivalry order open to “everyone who has earned special merits for society”. Soonafter that she also received a same honor by the President of Romania.